When A Turkey Is Not A Turkey

Remember me? Yeah, it’s been a while. Too damn long, in fact. Like they say, the only thing that time creates is more time. Well, they don’t really say that. I do. And I just did. You can use it, if you want.

I won’t bore you with minuscule anecdotes of why I’ve been absent from the blogosphere. What I shall do is teach you. New things. New words. New phrases. New terms.

It’s a new term I just picked up on, and one I wish I knew it when I was a kid because damn, It woulda came in handy.

We should thank the new White House Cabinet for this one.

Alternative Facts are now the lexicon. We’ve traversed a vanguard once reserved for the political elite, which will soon roll off the very tongues of every man, women, and child across America and soon, Earth. 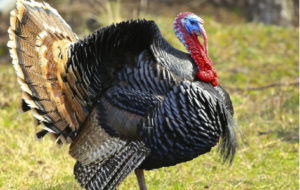 It’s not a turkey. It’s a dinosaur. It’s my new pet dinosaur. His name is Darco. Darco the dinosaur. He WILL save America because Darco isn’t just a turkey – dammit – DINOSAUR. Darco is a special dinosaur.

Apparently your eyes deceive you. IT’S A DINOSAUR. AND IT’S MY DINOSAUR. Darco is not a turkey.

Also, the dinosaur, which IS NOT A TURKEY, has four legs. Count ‘em, would’ya. FOUR.

So, my turkey – sonofabith – DINOSAUR, likes to fetch because he is a four-legged dinosaur and not a basic turkey. DIN-O-SAUR.

If it’s a “dinosaur”, then why’s it have two legs, a height of about two feet, big wide feathers, wings, and gobble like a goddamn turkey?

First, I do not appreciate your flippant use of quotations to describe my DINOSAUR as a DINOSAUR. My turkey – fuckshit – DINOSAUR is indeed a DINOSAUR. Your trickery will not and cannot work on me.

Turkeys – turkeys don’t even exist. Away with your tomfoolery.

This is utter bullshit! Dinosaurs don’t even exist anymore. And I know what a fuckin’ turkey looks like and that there, is a live fuckin’ turkey.

Well, you’re wrong. Very, very wrong. Your mistruth aside, the turkeys, which do not exist by the way, I’ve seen – errr, once saw – looked EXACTLY like dinosaurs. Like my dinosaur. Darco. EXACTLY. I’m not lying or bullshitting you. You apparently have been trapped in a parallel universe of media lies about turkeys. Again, my turkey – motherfucker! – DINOSAUR…

My dinosaur is not this creature you call a turkey. Sure, he might look like this turkey thing, but I assure you, HE IS NOT A TURKEY.

Again, my assurance, and words, are all you need to have fact. What I’m giving you is merely  an alternative fact. One of which you are very confused. Oh well.

I—I don’t even know what that means.

Ohhh, you will. You will.

2 comments on “When A Turkey Is Not A Turkey”