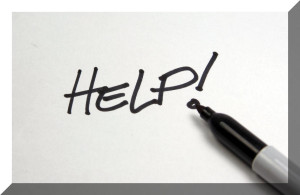 We’ve all been there, stuck. Not a fucking thought in our head. Our protagonist is in complete and utter limbo. Does he jump? Does he run? Does he kill? Just what the hell does that asshole do? I don’t know. You don’t know. No of us knows shit!

IT’S A COMMON DILEMMA. We write. We get stuck. We drink. We swear. We holler. We break things. We flip off driver of the car in front of us. Oh, just me then.

Oh well. That bastard deserved it. He cut me off in the left lane. Left lane people. Left lane.

CREATE A FUCKING INCIDENT. I don’t know, maybe a rainbow caterpillar drops from a branch, moseys into a guy’s ear and pisses all over his brain. Who knows? That’s rhetorical. Don’t answer. Well, answer, but keep it to yourself. Or, as Raymond Chandler once said, “When in doubt, have a man come through the door with a gun in his hand.” Yeah, works every time. Have him shoot the shit outta the place, Rambo style.

I’M STUCK. IT’S NOT A DEAD PLOT. Okay, so you have a spot in he your story, novel, love letter…whatever. It just doesn’t make sense or doesn’t move the plot along. Maybe you have a need to answer the question of why or how in the story. If you think there’s a question that needs to be answered and even you question it, then the question exists and anyone who reads it will notice. Make sense? Answer that motherfucker. Take care of business. Move on.

FLASHBACK. BACKSTORY. MAKE SHIT UP! You need to create a reason why something happened. Instead of writing that Cindy is dead, show why she died. Hit by a car? Pushed over the edge of a high-rise? Screwed into oblivion? Poor, poor Cindy. She never saw it coming. Do a flashback. Add backstory. Have an inner thought. Something. Anything. NOW!

DON’T, DON’T, DON’T EVER DELETE ANYTHING. EVER. DON’T DO IT! Here’s the deal, and there’s always a deal, don’t delete anything from your work to the point where you give it the eternal boot. Always, have a separate file of notes. Cut and paste the crap you wrote and place it in the notes file. One day you may need a phrase, a word, a sequence, who know, and it’ll be there waiting for its shining moment. Now, I’m assuming that you’re using a computer for your writing, and not a pencil with a large eraser. If I’m wrong, and since I assumed, you know what they say. Yes, I’ve made an ass out of you. Sorry ‘bout. Buy a goddamn computer and allow me to be the first to welcome you to the 21st century. Thanks. You’re Welcome.

HELP – ALWAYS. As writers, it is our responsibility to help one another. Yeah, we will get jealous and even pissed that we didn’t think of the idea that you’re writing about – we may even secretly hate you – but, we are willing to help.

Give ideas. Get ideas. Learn from those ideas. Learn form each other. I feel like I should end this with a peace quote or some other happy bullshit like that, but fuck it. I won’t.

BARNES & NOBLE. Check out the Nook version of my book.