The Idea Machine Rolls Into My Head 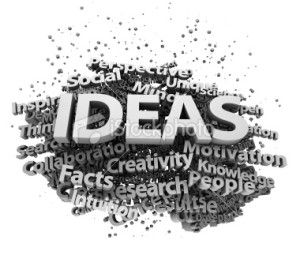 I’ve often been asked where I get the ideas for some of the outrageous content that I write. “Hey, where’d you get that idea for the story where that one person does that thing to the other person with that gadget?”

My misanthropic answer is usually that I don’t know. Sit. This is gonna be big.

The real answer is, said with the booming, echoing announcer voice reverberating off the walls and ceiling: from the world around me.

>>>Places hands on head because, can’t believe it either. Duh.

How’s that for philosophical doctrine?

Or some preconceived bullshit. Either way, you pick.

The truth: as a writer, the world gives us a metric fuckbucket of impressions, ideas, thoughts, POVs, images, and amazing and glorious shit to put into words. An endless plethora, if you will.

Sometimes people don’t like my answer to the great “Idea Question.” They give me the tilted head look. Their eyes act as if I am deceiving them or trying to slip one past them. They want me more. They feel as though I’m unwilling to give them the real answer.

I know. I know. I too thought that there was an Idea-of-the-Month-Club to which I could subscribe. Maybe even a Book of Ideas. Or a search engine more powerful than Google where I could simply enter a word and a magical unicorn would appear with a glittering list of mind-altering themes to sweep me away to Ideaville.

It would be a real place, kinda like Margaritaville, but with may more alcohol. And lots of lawn chairs. You know, the ones with the nylon, crisscross webbing where you stick your hand in it and you end up stuck to the goddamn thing for half of the booze-laden day. 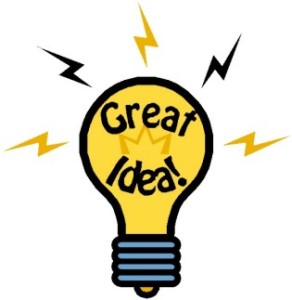 Reality is that ideas come from everywhere. All. The. Time. Constantly.

We write about what the world gives us. Writers write so you can see what they see. Feel what they feel. Dream what they dream. And, touch what they touch.

I never once said, “Gadfuckingzooks, I have an idea.” Ever. Until right now. Right back there.

If you have an idea or a unique thought that you’d like to see written out with some empirically whacky shit added, reply to this post.