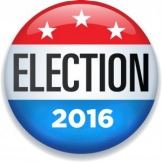 On occasion I use this site for rants. Maybe a few raves. Mundane things. Craziness. Weird shit. Maybe some humor, in my mind anyway. Now—now I’m gonna get bugshit serious.

Have you ever sat back and thought about the great things in this Country? The freedoms? The complete an utter lunacy? The Curazzzeeee?

*leans back in comfy ergo chair. leans farther. gets too comfy and dozes. forgets that thinking was to take place.*

If you recall, here, I announced my candidacy for President. You remember, don’t you?

I know you do because you asked, “Why Chris, what heinous fuckery is this?”

Now I’m using my bully pulpit to pound home my thoughts on things.

First, I’ve officially filed my FEC Form 2 indicating my Statement of Candidacy. (I will share said form when said form is officially emailed to me for official Presidential files.) There is no second, so sit back and relax.

Second, hmmm, guess there is a second. I denounce all and any jiggery-pokery. No japery here either.

I shall now be inundated with massive piles of political junk mail. Not really, but my post office will.

Remember two things: I didn’t invent running for President. I JUST MADE IT COOL. Okay, probably not, but that doesn’t matter. Stay focused. And, I’m not the President. Until I am.

I blame you, the American people, for making this candidacy possible. Kidding. But seriously, I do.

I’m gonna interject here because I know what you’re thinking, “AWESOMETASTIC. THIS’LL BE FUN.” Anything all caps shows your shouty enthusiasm so thanks.

Wait. Did I say interject?

Here’s my take on five (for now) political hot topics of the 2016 race:

Let me be clear on this: BABIES SHOULD NEVER BE USED AS ANCHORS. They probably can’t swim right off the get go and tying a rope around them is just a very bad idea. Besides, they don’t weigh enough to stop a boat from moving anyway.

Official Stance: To reiterate, anchor babies is a no-no.

Yeah, debt is not good.

Official Stance: Debt is no good. Look for lower rates.

Education is good. Every one should have it.

Benny Franklin said, “We are all born ignorant, but one must work hard to remain stupid.”

Stupid is not good.

Common Core is supposed to make sure that students across the country are learning the same essentials. Instead, it seems to be making textbook and testing companies rich. Rich is good, but not in this case. It’s not all that ironic that those companies are the ones that like the Core, while many others do not.

Official Stance: Mmnyeahno to Common Core. It’s made math more difficult and let’s face it, math is not moonbeams and sunshine. Math is hard.

This is a tricky one. First I’ll say that, yes, I may or may not have inhaled.

If the Mary Jane is moved from bad to good, a lot of tax dollars will be freed up for whatever, like, I dunno, EDUCATION. Or other stuff and who doesn’t like other stuff?

Official Stance: Keep kids off drugs. Don’t give it to anchor babies. Marijuana, well, tax dollars could pay for a lotta stuff.

That’s some expensive shit there.

I’d like to blame someone, but I’m not sure who should get the hammer. Maybe corporations. Maybe hospitals. Probably both.

I complain every time my premium goes up and wouldn’t you know, that fucker goes up every goddamn year. It’s an automatic. Last year Cigna told me that it was the cost of doing business. That’s it. No further explanation. (No kidding, actual answer.) Coincidentally, I’ve increased the price of my first book, to $299.99 because…cost of business. And I need to pay that increased healthcare premium. Go buy one. Or two. Get three. Three will do nicely.

Official Stance: Healthcare is great, but too expensive. Maybe move to Canada, eh? And take my book with you, DUH.

This hasn’t been brought up, but there’s a growing problem and it’s getting worse. No one in the Presidential race has mentioned what we should do about websites that have those little box where users can check to be remembered. It’s labeled “Remember Me” or “Remain Logged-In”.

Never have. Not even the one where I create this magic.

Therefore, I propose that Google now take responsibility for all those boxes. Everywhere. All of them.

Babies, debt, education, and healthcare are all expensive. Websites trick us. You can lessen the blow if you smoke weed, but that shit’s illegal so…

I don’t always run for President, but when I do, I do it drinking the caramel of the gods, scotch.

Tagged with: Running for president 2016