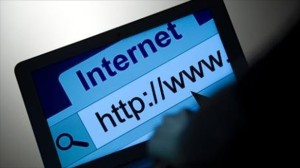 When it comes to Internetting shit, I’m not saying I’m leading the way, but it’s some strange – very strange – shit indeed.

Herein lies the far reaches of the Internet and cyber universe of which I have traversed endlessly with bloody fingertips pecking the way.

And now, behold as I share my top ten recent Google searches for a novel:

You read that correctly. But, before you judge, I…oh hell. Go ahead and judge. Anywho. You’d be surprised what I found.

Thanks to the NSA, I’m expecting a call form local law enforcement any time now.

I can’t say exactly why I Googled this one. It’s a surprise. A huge fucking intergalactic space odyssey surprise thingy. And holy shit, if your brain freezes and you forget the first “y” in odyssey, you’ll definitely have a sensational time trying to spell the goddamn word. Dammit.

That’s it. Just a fuckbucket worth of info on the superchain conglomerate. A separate economy within the economy. It practically broke my Internet machine.

I was curious how our neighbors to the North patrolled this land boundary. Okay, I could barely write that last sentence without laughing.

5. Boundaries Of The Old USSR.

I had to hatch an escape plan. And, I may be mapping my strategical weapons deployment as you read this. You’ll never know. Well, you would know, ’cause the news.

4. Best route from Manitoba to Oklahoma.

The end result showed, and this is solid Internet truth: “Why the fuck would you want to go from there to there anyway?”

This is something I loathe. I feel that all the razor companies are colluding to fuck the American public, and all publics for that matter, out of every nickel and dime available. I shall get to the bottom.

2. Cities in the old Czech Republic.

We’ll just say this was a geography lesson. Perhaps an escape plan of sorts from the USSR, ehh comrade?

I have an ant friend who’s looking to purchase…seriously though, it’s none of your business why this was searched, just know it was.

I’m a writer so I’m allowed to Google really weird shit. At least that’s what my therapist tells me.

And, all that Googling makes for one interesting story.

So there you have it, my next story apparently includes: A hooker who does things and moonlights at Walmart when she realizes that she has family in the old (now new) Czech Republic and they must escape the USSR via Manitoba to Oklahoma to get her out of hooking. Or is it hookery?

Back to the story…

Their escape into the US apparently crosses the 49th Parallel North, which may or may not be patrolled. But careful they must because of border drones. And they’re not only saving a hookering daughter, they’re going to attack big razor and kill the person behind worldwide razor collusion. This, of course, will be done with Star Wars Technology. DUH!

2 comments on “Shit I internetted”