↓ Skip to Main Content
Home › ScatteredNotes › Should I? Shouldn’t I? What The Hell Should I Do? TELL ME!

Should I? Shouldn’t I? What The Hell Should I Do? TELL ME! 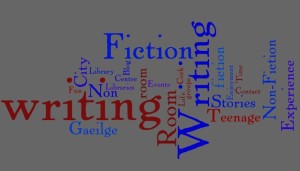 Humans are a funny species. We strive for success. We want to be liked.

We’re insolent and misanthropic in regards to, well, other humans.

We act all happy-go-lucky when in reality we’re not happy. Not lucky. And we don’t go.

Or, this describes the isolated writer person.

What’s that got to do with writing groups?

There’s a few reason why newbie writers don’t attend a writer’s group. Here’s five of them just for you.

You want some reasons to join a writing group?

I’ll give you five of those right after the reasons peeps don’t go.

Hang in there inkslinger. Hang. In. There.

1. You’re Afraid That You’ll Be Part Of A Druid Sacrifice

You’ve never been to a group, but you fear people. Or writing. Or people who do indeed write words into sentences. Maybe you’re afraid to read in public.

Get over that fear by going just once. Most groups don’t even want first-timers to bring anything for critique. The groups want those people to come and just take it in for their first visit.

2. You Think Your Writing Is So Bad It’ll Make Others Want To Bathe Their Brain In Turpentine

You can’t possibly be able to tell if your writing is good or not. You have writer’s bias.

It’s just too difficult for the writer to critique his or her own words. We need others to tell us how it is or isn’t.

Maybe your writing is adverb-heavy or you use split infinitives or blah-blah-blah some other important English shit to look out for in your writing. Groups help with that too.

3. You Think Offering Critique is A Batshit Uncomfortable Horrid Experience

If you want to be a writer – of anything – you’ll need to be able to offer critique of inky-fingered writerly scribe people. It means giving your opinion. It’s a must. And, it’s inevitable that you’ll, at some point, be asked to critique another’s word sentence things.

4. You Don’t Know How To Give Critique

Going to a group helps with that process. JUST GO ALREADY.

5. You’re As Paranoid As That Guy On The Off-Ramp Talking To Himself

Word herders are a creative and suspicious bunch.

Don’t worry; no one wants your shitty ideas.

I digress. You’re ideas probably aren’t shitty. Or that shitty anyway. Maybe though.

Ink scribblers won’t steal your ideas. It’s not how the group process works. Those who attend have too much to do than take a few points about whatever blibber-blabber you’re attempting to write. 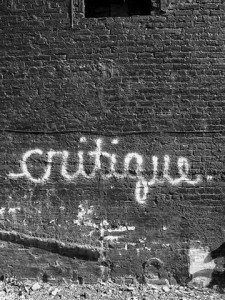 Okay, we can’t do this if no one drumrolls. I DO NOT KNOW HOW TO DRUMROLL.

For the love of…

You’ve been patient. You’ve waited long enough. Here are your five reasons why your podunk fuckwit writing style WILL improve by attending a writer’s group.

1. You Need To Be Hit With An Anti-Procrastination Bat Upside The Head

A regular group meeting keeps your writing on pace. If it’s a novel you have hidden in your fingers, attending a group will keep the chapters flowing.

2. Your Words Ooze Out In Blood

You will soon understand that most writers are in the same boat.

But all writers have struggles.

We fight with words and corral those little bastardzoids the best we can and wrangle them into sentences and whatever.

3. Learn The Good From The Bad From The Downright Ugly

Attending a writer’s group will help your own writing. You’ll hear pieces read where you’ll actually say inside your brainspace, “This is awful.”

And, you’ll realize that, just maybe, that’s the way you write too. That alone will make you want to be better.

Writer’s groups help the writer with editing their own work. Constructive advice is given on structure, plot, style, pace, and other various writerness.

5. A Writer’s Group Will Reach Down Your Throat, Pull Out Your Confidence And Beat You With It

The writer cuts words from their guts with a dull serrated knife and slaps them on paper as the fresh blood drips from the corners.

A writer needs four things to be successful. One is confidence. Without it you’re just super fucked. All great organizers of letters have confidence in their work.

Go forth and write!

Tagged with: Why Writing Groups