↓ Skip to Main Content
Home › ScatteredNotes › To Swear, Or Not To Swear, That Is The Question.

To Swear, Or Not To Swear, That Is The Question.

Willy would be so proud. So proud.

We’ve come a long way since the days of Shakespeare and writing has evolved into many styles and genres. What was taboo decades ago was, well, just said in a more eloquent way.

Just as some books aren’t for everyone, some language isn’t as well. I think that statement says tons about books. And people.

The simple truth of the matter is that profanity is vocabulary too. Part of every day language, in fact. That’s a true point again.

Here we’re gonna take a look at swearing or not in writing fiction.

Why The Fuck To Swear In Your Fucking Fiction In Three Fucking Exact Points: 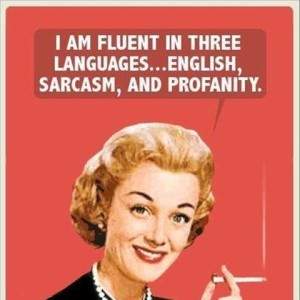 1. It’s The Voice Of Said Character

Curse words are not the sign of a weak or unimaginative writer. Characters swear. Real people swear.

Let’s look at it this way: It’s a part of life. Sure, some may not like it, but it’s there. SWEARING, IT’S A REAL THING.

Uh, that’s my next t-shirt idea so if I see it elsewhere, a muthafucker WILL get stabby.

Yes, a good writer can create drama whenever and wherever they want. It’s like; want some drama with that sentence there? Boom. Done. The same author may choose to ratchet things up a notch and have the character drop a four-letter grenade and go all apeshit nitro. SWEARING, YEAH, IT WORKS.

3. Give A Helluva Lot Of Added Emotion

By nature, those creatures we affectionately call humans are an emotional bunch. They cry at pictures of babies; get teary when overrun with happiness; and, are elated when their team wins – anything.

We cannot deny that letting out a loud “Shit!” when we stub our big toe on the corner of the bed does offer a bit of release. That’s emotion.

When we read a story and never saw the twist coming at the end and we just blurt out, “I’ll be damned.” This is typically followed by an expletive-filled rant aimed toward the author. That’s emotion.

Or, when we get shot by that prick of a gangster who robbed the mini-mart where we were nonchalantly buying a pack of smokes at two in the morning and just before falling to the floor with our hands covering our gut-shot wound we denounce the world with a solitary, “Fuck me!” That’s emotion.

So, SWEARING, IT’S FULL OF EMOTION.

…t-shirt. I WILL…(see right below these very words). 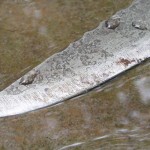 Why Not To Swear In Your Plan Fiction in Three Unexciting Points: 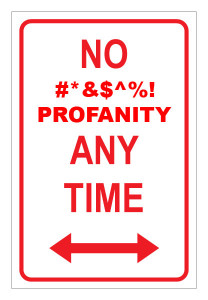 1. It’s Not The Voice Of Said Character

Your character can’t pull it off. It’s not in them. That’s okay. It can take a writer a long time to find their writing voice and even longer to find the voice of a character. VOICE, IT’S NOT AN EASY THING.

2. You Do Just Fine Creating Drama Without The Foul-Language Arts

If adding a word like shitballs feels forced, then it’ll most likely lack the intended impact and your readers won’t respond. If your readers don’t respond, then you have failed as a writer.

Okay, that WAS dramatic. You will not have failed as a writer.

There, does that make your feelings all better ‘n shit?

3. Your Characters Are Stupid Robots And Void Of All Emotion

I dunno, maybe your characters ARE stupid robots. If they’re not, they will have emotion. Remember way up there, ALL HUMANS HAVE EMOTION. (Oh, it’s fine. You are free to take those caps and do with them whatever you please. T-shirt away, reader. T-shirt away. But, touch my others, and stabbiness…)

Some writers will not feel comfortable using swear words to relay any type of anything. And, that’s fine. The most important thing a writer must do is stay true to what they believe, period.

Tagged with: Profanity in writing

2 comments on “To Swear, Or Not To Swear, That Is The Question.”