↓ Skip to Main Content
Home › ScatteredNotes › Then There Were Four AND Writing Stuffs (get it?)

Then There Were Four AND Writing Stuffs (get it?) 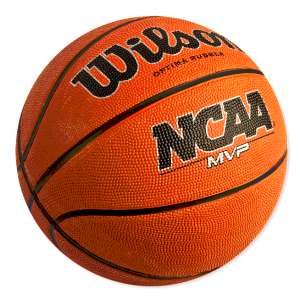 A Spartan, which is not a Trojan and thus, not a condom.

And a Blue Devil.

What’s all this you ask.

Allow me to break it down: the badger is tenacious. An animal that will corner a bear and not back down. The wildcat is, well, it’s found in Africa, Europe, and parts of Asia so it makes perfect sense that the University of Kentucky chose it as a mascot, no. Right?

The Spartan is a noble warrior. Logical for a rough and tumble mascot. Makes perfect sense.

The Blue Devil is – and here we go again – an online dictionary tells us it’s delirium, depression, or low spirits. Way to pick it Duke. Way. To. Pick. It.

According to those quick info bits, the Badgers should play the Spartans in the NCAA Championship game. It’ll be spears against sharp teeth and razor claws. Winner unknown.

And what’s this got to do with writing?

I haven’t a clue except that I did have to WRITE this post so there’s that.

No, seriously, and I mean really super seriously, which is about as serious as shit gets in Writersville, writing is hard work just like, well, picking a mascot name. Sometimes we blunder and write complete shitsauce just like a school decides to name their mascot after depression.

Or, we create the Holy Grail on white background, which is known as awesome shit. Which leads me to this little update.

So the post-apocalyptic genre, is like I mentioned in my previous post, hard fucking work. Super serious there again. But alas, I have pounded said muthafucker into submission through hammer-pecking at black keys through the light of day and the dark of night. (So I turn the lights out at night, big frick.)

And aforementioned finger-pecking has created a story. Nay, not just a story, an epic. Yes, a goddamn epic of whatever proportions in which you wish to believe.

Okay, I write, therefore I may or may not exaggerate the truths of fact or a story or the depths of a lie.

Did I say lie?

Well, the story is nearly complete.

When one chimes, another chimes back, ME.