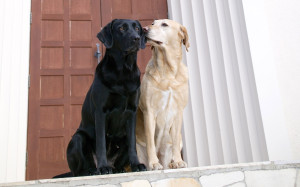 “Chris, I don’t like dogs. Dogs lick themselves and are, I dunno know, disgusting. They, you know, piss and shit EVERYWHERE. Why are you trying to force dogs on us, you—you dog facist?”

First, you need not like dogs to understand dogs. I mean, people are always showing me pictures of their kids and I really don’t like kids.

Second, don’t deny it, if we could lick…

Third, we ALL piss and shit EVERYWHERE.

I’m a guy who believes knowledge is power. You should be powerful. You should have answers to those pesky little questions no one would ever bother to Google.

So, I’m going to drop some knowledge about dogs just for you people. Without further ado, I bestow unto you, 10 Things YOU Should Know About Cats.

Yeah, no, okay, you were right to pause there. This post doesn’t feature any fucking cats. You caught me. You were tested and you passed, if only by the curlies of your delicate genitals. This post contains zero precious cats because, that would mean…no dogs.

DO NOT GET THIS TWISTED. It is a HUGE misconception to think that dogs communicate the same way as humans. Dogs exhibit behavioral patters similar to, well, other dogs, their ancestors. To train a dog, you must understand its instinctual behavior.

2. Dogs Don’t Understand English. Or Español. Or Deutsche. Or Any Other Language That Isn’t Their Own.

Okay, they understand a few spoken commands. A conversation, fuggedaboutit.

Scrappy relies heavily on body language. And barking, Oh yeah, and growling. There are a few guttural sounds in the mix too.

Understand how your fluffy friend communicates to avoid giving one command, yet giving off a different one with your body or voice tone.

You, the dog owner, MUST mimic a dog leader’s strong and consistent characteristics. First Special Note: this does not mean barking, howling at the moon, raising your hip awkwardly to whizz, or, sitting on the couch.

Oh, you wanna sit on the couch?

Your dog needs to respect you. If he doesn’t, this WILL lead to behavioral problems. Second Special Note: dogs that are allowed to walk out in front of their owners DO NOT RESPECT THEIR OWNERS.

4. Aggression Is Instinctual In EVERY Breed

Breed specific legislation be damned. I’m only going to say this just the one time.

A DOG’S BREED HAS NOTHING – ZIP, ZERO, ZILCH – TO DO WITH AGGRESSION.

The instinct is already there in EVREY dog. A bad dog owner who brings out that aggression, or causes it to escalate, sucks. The list includes, but is not limited to idiots, douchebags, fucktards, ballbags, and generally stupid people.

Fear of the unknown causes aggression and a frightened pooch will either fight or take flight. Reinforce your strong leadership to avoid unacceptable and uncontrollable aggression.

Don’t be THAT person.

5. Dogs Are Not Spiteful

Scruffy will misbehave for 3 reasons: 1) he doesn’t understand what you want him to do, 2) he is stressed or fearful, or 3) he does not see you as his leader. Understand this and you will better be able to address Scruffy’s behaviors.

So, when Scruffy chews the living shit out of your very cool – and extremely ostentatious, I might add – boots, he does it not out of spite, but boredom because he has no leader.

Here’s where we take a little break. Oh, look at the cute puppy. 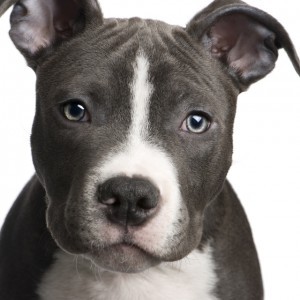 Are you still there?

You were about to ask: “What’s the best dog breed to own?”

Glad you asked. All are good. But, among my favs are:

BANG you failed that test. None of those are real dogs. Not a single damn one. Why’d you even think those were dogs? Did you think, like, special fancy fucking breeders have these? That’s not true at all.

*See? You just don’t know things. This is why you need me. You need to be tricked out of your own ignorance.* Now, LOOK AT THAT PUPPY.

6. Correct Fido On The Spot

Dogs learn from association. Sit, treat. Sit, treat. Pretty soon “Sit” works on its own because Fido has learned that if he listens and does as commanded, he’ll receive a reward. Good Fido.

Same difference with correcting Fido when he does wrong.

At that precise moment when Fido contemplates or is doing something wrong is the exact moment you refocus Fido’s attention.

Create learning situations for Fido to understand commands. Fido will like you better for it.

7. Bad Behaviors Do NOT Have To Be Accepted

Spot sees digging, chewing, licking, and jumping as perfectly normal behaviors. Humans see those as an annoyance, and, at times, a costly fucking expense of dog ownership. I mean, how many goddamn couches can we really afford to buy?

When bad behaviors are seen, the owner must refocus the dogs unwanted behavior and reward good behavior with gentle, high-pitched praise.

If you didn’t see it happen, you cannot ask who did it or reprimand. Ever.

8. As Spock Would Say, “It’s Illogical To Get Angry With Your Dog.” He Said it. I Heard Him.

Baxter does what comes naturally and whatever he’s learned via association. Getting angry or using physical force with Baxty is, well, illogical.

Using your hands to forcibly discipline Baxter is wrong because he will see this as proactive, threatening, and aggressive.

Be gentle and praising with your hands.

9. Dogs Are Waaaayyyyy Different Than People

Ms. Templeton can sleep next to a blaring stereo, but as soon as she hears something unrelated, say the goddamn pool guy at oh, I dunno, 6:30 in the fucking morning, she wakes. Probably barks too.

She has some 25 times more olfactory receptors than humans. That helps for smelling a lot of, well, everything.

She also sees better at night and has a larger field of vision than her owner.

10. You CAN Teach An Old New Tricks

Mr. Templeton, like people (most people anyway), is a continuous learner and has a very good memory.

For those dog owners who blatantly avoid and, well, disobey leash laws: at what point during your walk with Rufus does it get too difficult to hold onto the lazily hanging loop around your wrist attached to the dog’s lead?

Are you just, well, lazy?

I see, YOU’RE THE ONE who doesn’t care about other people or animals so much that you just think your dog is perfect and would never run off after, say a car, kid on a bike running a dog, or a harmless little bunny, right?

*paraphrase of chuck wendig (It was so brilliant that I had to use it.)